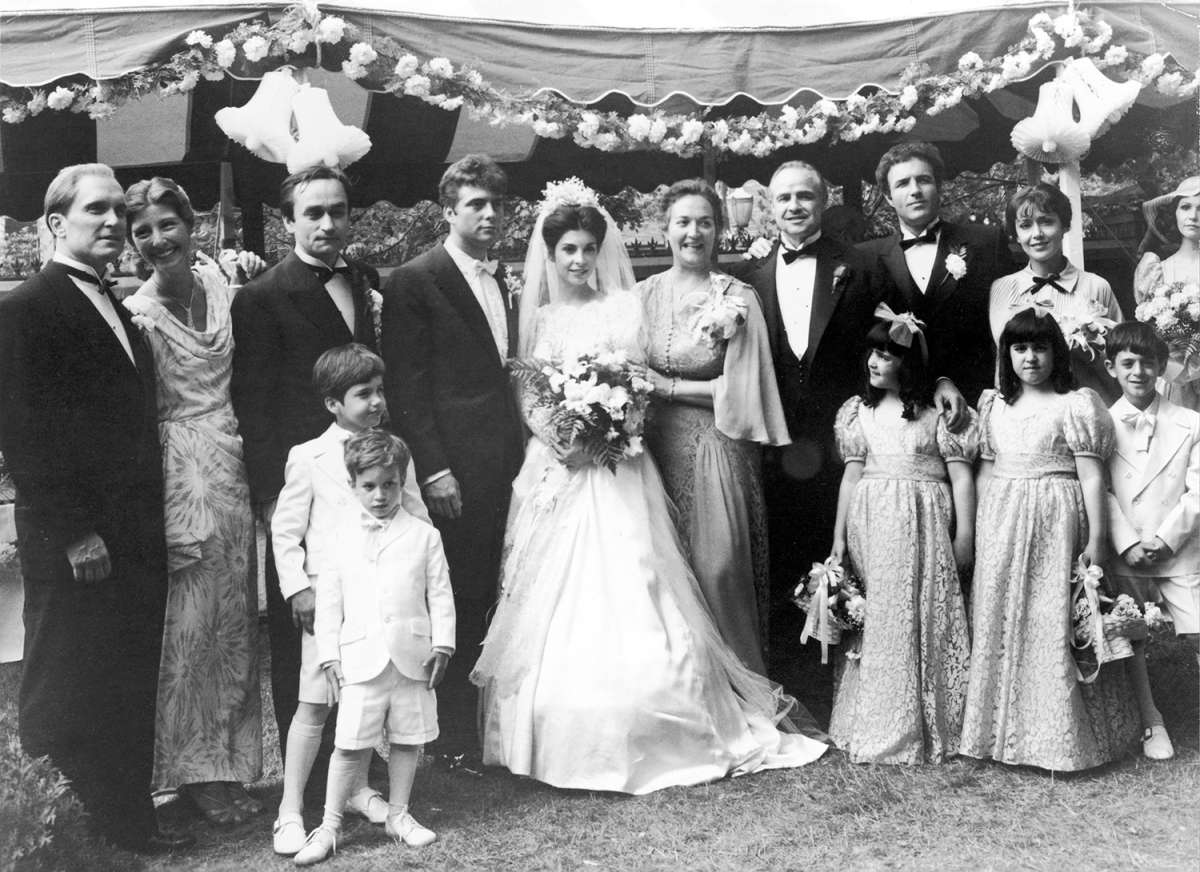 Mobsters are capitalists with less lawyers

What is the Mafia?

If you were an American citizen in the late 1960’s who trusted mass news media and the US government reports, you might, as then FBI director J. Edgar Hoover did, say it is “the largest organization of the criminal underworld in [the US], very closely organized and strictly disciplined.
They have committed almost every crime under the sun…“, or that it’s a highly organized, bureaucratic-like trans-national organization based on a strict hierarchy and purposefully created to amass profits (much like the Bell Telephone Company).

Francis Ianni and Elizabeth Reuss would beg to differ. Openly challenging the common sense of their time, the Columbia University anthropologists provided a different image of the operation of so-called Italian-American “crime families” and their inner working. While a great part of the public opinion – in special, the official discourse of the authorities – held strongly to the view that equated crime families to companies or public bureaucracies, consciously designed to maximize profits and achieve its goals, Ianni and Reuss showed these metaphors painted a distorted picture of the way Italian-American “crime families” actually operated. At the time, no ethnographic studies had been undertaken inside the “Mafia”, so commentators and “specialists” wrote mostly based on official, publicly-available data from hearings, arrests, news, etc.

Instead, Francis Ianni spent two and a half years as a participant-observer of the pseudo-named (for obvious reasons) “Lupollo” family, attending christenings, marriages, parties, and regular social meetings so as to uncover its structures of kinship, social control, and the values that motivate its operation. After reviewing the literature on the operation of the Italian Mafia-like secret organizations (mostly in Sicily and Calabria), the authors show that the emergence of “crime families” in the US is a result of its origins and local development.

The migration of Southern Italians to work at the US happened with pretty much no preparation or guidance from either State. The US needed cheap labor at the time – capitalism was booming, after all, and you need miners, factory workers, and all sorts of unskilled labor you could no longer use slaves to perform. On the other side of the Atlantic, Italian population had grown considerably and erratically due to improved health conditions and bad land distribution. Additionally, Southern Italian (especially Sicilian) culture and values, unfamiliar to the very idea of a “State”, had over the centuries developed under feudal-like conditions where the ideal social unit was never the individual, but the family – preferably, if possible, an extended family. Conditions where values like loyalty, respect, and manly courage were not only morally important, but often indispensable to survival. Like most immigrant groups, upon arriving in the US Italians were mostly left isolated: they did not speak English, they gathered in “little Italies” which effectively worked as ghettos, and only interacted with outside American society upon mutual necessity – work.

This led Italians (especially Sicilians) to reinforce their shared ethnic and cultural ties, and foster a sense of community and heritage that otherwise may have disappeared under the pressures of acculturation – Italian culture, including its patri-focal families, thrived and reinforced itself in face of this new hardship and foreign environment. Business was local-owned and local-oriented. Crime is also often a type of business, and so was also local. Outside society (and police) tolerated their crimes so long as “they keep to themselves”, so “Italian crime” was allowed to grow with mostly no police repression. Business thrived for many families, with little distinction made between legal and illegal activities. With time, the relative importance of legal activities increased, and so did also the importance of maintaining a network of relationships with government officials, policemen, judges, and other powerful groups to ensure business could continue smoothly – and so, in turn, ensure the survival of the family clan itself. This has led younger generations, more integrated with American values, to favor business/practical abilities rather than tradition-based authority – a process that Ianni describes as a source of new internal conflicts inside the family.

By looking at the organization from its members’ perspective, Ianni was able to see which mechanisms of social control worked to maintain the group’s cohesion – the existence of a rigid patri-focal hierarchy based on traditional power, where relationships by blood, marriage and compareggio (godfather-godson familial relationships) created a complex, familial network of mutual assistance that put “family first”. Bound together by these relationships and shared (or not shared) cultural values and world views, its members largely viewed themselves as the in-group, with society at large seen as an out-group. Participation in the higher (legal or illegal) positions family business was restricted to the family, whose central command consisted of no more than fifteen men – again, related by marriage, kinship and compareggio. Far from being a formal organization, the Lupollos (in many ways seen as a prototypical NYC crime family) are a family – specifically, an extended, patri-focal family. A social group in which prestige, or respect, changes with hierarchical role, lineage-membership, age, and filled with its internal power networks, which basically follow similarities in worldviews, culture (old-fashioned Italian, inner-looking cultural values vs. Western, or American capitalist modern ones), and personal ties. A family business, where participation in business depends on both familial proximity and specialist abilities.

In short: an actual group of persons. Not a rationalized bureaucracy, not a syndicate created with the sole intent of committing crimes.

This is a good point I believe to consider how culture (or the “native perspective” on things, one’s subjective structures) and the objective conditions one lives under (State presence, the social norms upheld, but also one’s work, financial power, education, social status, etc.) interact and help shape each other. In this situation, sociohistorical circumstances (e.g. cultural isolation) allowed some specific social structures (“crime families”) to emerge, but the values which upheld and justified these structures (respect, kinship, traditional authority, etc.) among their constituent individuals had their origins in their shared Sicilian cultural history. These values give sense to the outside social world, and organize status, legitimize roles, justify and guide behavior – giving meaning to weddings, christenings, but also determining who gets to make decisions which affect the entire family’s economic position – traditionally, the family patriarch, who holds personality traits that are in turn useful in his activities (being “a man of respect”, being feared, etc.) Shared subjective values thus shape (or structure) social systems, of course. But culture can not survive if it is incompatible with existing outside social structures – values must be somewhat compatible with the reality every one actually experiences. So as the relative economic importance of legitimate businesses inside the familial economy increases (a change resulting from the socioeconomic reality of the family), business abilities and connections in politics also become more useful in ensuring the continuation and increase of the family’s power, which leads the traits associated with these skills to become more valued among the family. In other words, people’s values change with changing conditions. Subjective structures adapt to make sense of new objective structures, and so old values and worldviews are not necessarily attacked, so much as slowly replaced by new ones, which allow family members to both understand their situation as well as thrive in it.

Another point could be raised here about how different groups perceive each other differently – specifically, how society (especially legal discourse) tends to view crime in general as morally wrong, and by extension, criminals as morally corrupt beings. In Outsiders: Studies in the sociology of deviance, Howard Becker discredited this type of position, showing how this type of phenomenon must be understood more broadly. Criminals aren’t simply criminals, they are people with certain beliefs living under specific social conditions who happen to also behave in ways the law deems “illegal”. Illegal as any behavior may be, labeling it so does absolutely nothing to stop it from happening. What legal scholars (but also society in general, the media, and governments) need to understand is that law has much less value for people than what is usually believed – people have many other more pressing, pleasing reasons to act in a certain way, and respect for the law per se is usually only called upon in official settings – lawsuits, administrative procedures, etc. Real life has often little to do with the demands of law.

Law exists, so its proponents claim, to improve society. It does this, for example, by “fighting crime”, which usually means increasing the activities of law enforcement officials – policemen, investigators, etc. But in doing so the law commits what I see as a huge mistake: it assumes its own legitimacy, and assumes people will take put its demands above all other reasons to act they may have. It takes the viewpoint of authority, which presupposes a strict separation between the natures of legal and illegal behavior where none exists. Social interactions are much messier, and these lines are often blurry in practice – not only because laws can be interpreted in many ways, but most importantly because legal discourse forgets it is only that: a discourse that, as such, among other things, tries to make sense of and give sense to reality. As any discourse, however, it is reproduced by actual people – and so any conduct is only legal or illegal from the moment it is publicly declared as such. Since judges and policemen rarely see their own deviations as illegal, this often leads to trouble. But this only happens because legal discourse (the kind of things studied in law schools and reproduced by officials) traditionally ignores every other viewpoint except that of authority – like those of the Lupollo family, for example -, and is therefore incapable of grasping the pluri-subjective character of social reality. That is: it is incapable of understanding why people act the way they do. And so it fails.

Ianni makes a point that got me thinking of all this in page 61. I’ll use it as a cue to stop writing, now. But boy, could I go on.

“The relationship between society and the development of the Mafia in Sicily holds true for organized crime in this country as well. There is no organized crime “underworld”. Rather, organized crime is an integral part of our cities. It is the result of an individualistic, predatory philosophy of success, the malaise of laissez-faire economic and political practice. Organized crime is that part of the business system operative in the illicit segment of American life. The degree and tenure of minority-group involvement in this business enterprise is basically a function of the social and cultural integration of the group into American society. At their first entrance into society, immigrants and their children grasp at the immediate means of acquiring what the New World has to offer. As they are acculturated, their crimes become more and more American and in time merge into the area of marginal legitimate business practice. Where one stops and the other begins is not always easy to see.”